High Performance Degreaser
takes the strain from the train

can i buy citalopram online

where to buy citalopram blogs1.welch.jhmi.edu

how much abortion cost

can i drink alcohol with amitriptyline

Mykal were approached by a specialist waste disposal company to offer a solution to removing heavy fuel oil and diesel from rail transportation tankers.
The solution was De.Solv.It High Performance Degreaser (DSI 1000).
On site at a rail facility where a large scale cleaning trial was taking place, the customer had 2 x 90,000 litre rail tanks needing to be cleaned of almost 5000 litres of heavy fuel oil in an extremely thick condition.

Normally the oil in the tanks would be subject to steaming with water at approx 60°C to melt it so it can run out as easily as possible.
This would be the standard procedure but often takes very long time given the age and condition of the oil, sometimes up to 15 years old!
Usually, after cleaning and depending on their condition, the tankers would be either refurbished for use or cut up and scrapped.
The waste disposal company was looking for a product which could aid the dilution of the oil and speed up the whole process but without adding a significant hazard to the operators cleaning the tanks. Mykal proposed De.Solv.It High Performance Degreaser (DSI 1000), a non-flammable citrus solvent used widely within industry and approved for use in the clean up of serious oil spills on shorelines.
Initial small scale trials proved that the De.Solv.It could thin the heavy oil down and liquify it enough to become mobile.At the site with the two tankers this success was repeated on a much larger scale.
The operatives entered the tanks after steaming and sprayed the sides with the De.Solv.It to clean residues which were very heavy in places.The De.Solv.It again succeeded in thinning down the oil and making it more mobile to increase the speed of removal and collection from the tank.The De.Solv.It was applied using knapsack sprayers while the operators wore full body protection and breathing apparatus, due to the confined nature of the tank and the fumes from the oil.
The trial was a success and although ultimately the rail company did not pursue this project further, the cleaning company specialists went on to supply High Performance Degreaser (DSI 1000) to Belfast Airport for cleaning fuel tanks on site in exactly the same application.
This process utilizing De.Solv.It High Performance Degreaser (DSI 1000) can be repeated in similar oil recovery and removal operations at refineries and docks as well as transportation facilities. De.Solv.It High Performance Degreaser (DSI 1000) is also MMO and Scottish Executive certified for use as a Surface Cleaner on shorelines for oil spills. 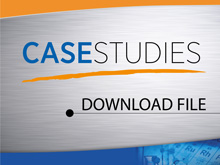